Why Does My Puppy Go Crazy At Night?

Your first parThere's one aspect of puppy behavior that I get asked about a lot... and that's the crazy-hyper behavior that puppies often show towards the end of the day. Trust me, you'll know it if you see it.

I call it having a case of the Zoomies, although the more scientific name for it is 'Frapping'.

These frenetic random activity periods which usually involve little Fido running in circles around a room, or through the whole house - and not just once, he'll do it over and over again.

Often this running is accompanied by some barking and can include jumping at, or nipping at, people or other pets in the home. New puppy owners are often totally taken aback by this and wonder what on earth is wrong with their pup - the answer is 'nothing'!

Many, many puppies act this way. Believe it or not this is actually normal puppy behavior.... even though most new owners are left wondering why their puppy has lost his mind! 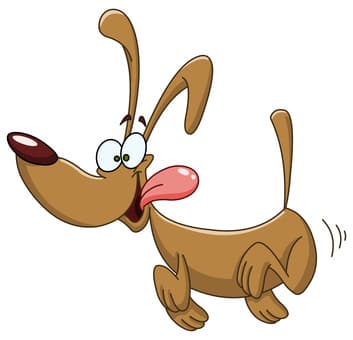 Why Puppies Get Hyper At Night

The Zoomies a very common behavior, and basically it's a developmental phase. Puppies eventually grow out of the Zoomies and adult dogs or older dogs don't generally behave this way. Most pups have put this behavior behind them by the time they're adult, anywhere between one year old and two years old, depending on breed and size.

One of the answers to 'why is my puppy acting crazy at night' is that it's often it's simply an expression of an abundance of happiness and excitement, and an overly enthusiastic attempt at initiating play time. 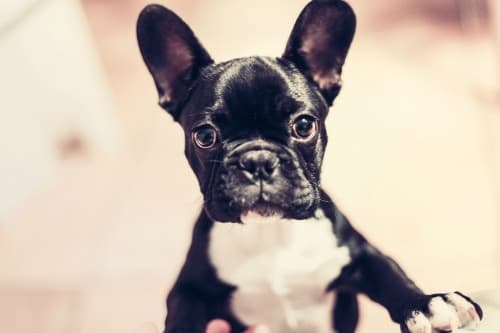 But lots of puppies and young dogs get over-tired and over-stimulated easily over the course of the day, and their immature nervous systems don't know how to deal with this overload of excess energy.

So, what happens is, your pup gets wound up tighter and tighter during the day... and then sometime in the late afternoon/early evening, usually somewhere between 4pm and 8pm (which some call the Witching Hour), he hits 'overwound'.

Then the crazies start.

There are other factors that can contribute to your puppy getting hyper at night, some of the most common causes of a puppy acting crazy at night include:

Handling A Puppy Who Acts Crazy At Night

For a pup who is just running around, maybe with the occasional bark/yap, the Zoomies is often not too big a deal, little Fido will work off some steam and then usually go and take a rest. Some pups like to carry a favorite toy in their mouths while running in circles, this is a good thing because it keeps his little mouth occupied.

But often a hyper puppy is so over-excited, and has so much energy, that he starts barking, and jumping on furniture, or on people and nipping at hands, feet, pant legs, other pets and so on.

This is a big 'no-no', and if Fido behaves this way then you need to step in.

In this situation biting is NOT aggressive behavior, or an indication that your puppy is aggressive (click here to learn more about aggression in puppies). It's simply an overflow of energy and excitement in a young pup who has no idea how to handle those emotions. But puppy biting can't be tolerated, even if it stems from excitement and an attempt to play.

How your pup reacts to your intervention will depend a lot on his individual personality.

Sometimes a verbal correction, something like 'No Fido! Go slow' and a redirection of his attention/energy to a more constructive (and quieter) game or activity can reset his zoomie-switch. 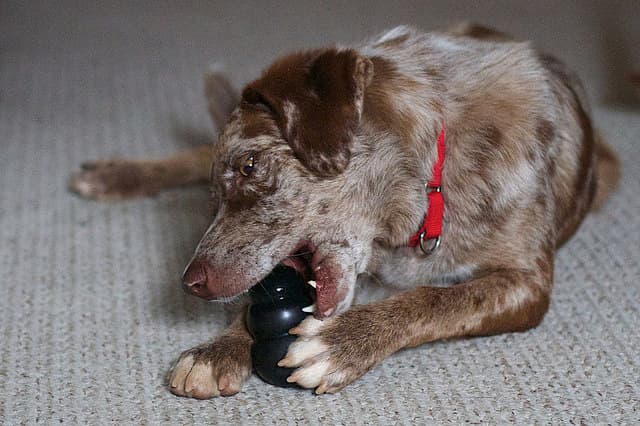 Offering him a favorite, sturdy toy can sometimes catch his attention and short circuit his crazy behavior. A tasty treat-toy like a Kong chew toy that's filled with peanut butter, a bully stick, or a Himalayan Yak Chew are all good choices and usually much more attractive to an over excited pup.

But if your puppy is way too excited to listen and has a hard time calming down, then it's a good idea to give him a 10 - 15 minute 'time out' (basically a short period of 'quiet time') in his crate.

Obviously an overexcited puppy can do some damage if left alone and uncrated, and is likely to cry/whine/scratch and generally act out, so using a crate for time out in this type of situation is a must. Crate training is hugely important, and a very versatile tool to have in your arsenal.

Because puppies and dogs use chewing as a major stress-reliever (this is one of the reasons why dogs chew up everything in sight if they're left at home and anxious), it's very important to make sure that your pup has some safe, sturdy chew toys to play with during his quiet time.

How To Prevent/Minimize The Zoomies

Puppies have certain needs and meeting those needs on a daily basis can help keep them on an even keel. Here are some things pet owners can do to reduce the build up of excitement and tension that often leads to the Zoomies:

A predictable daily routine is so important when you're raising a puppy. It helps regulate bowel habits, increases self confidence and helps young puppies to feel safe and secure, which in turn makes them feel calmer overall.

Having a routine also helps ensure that your pup gets the right balance of exercise, play sessions, stimulation and rest. Getting this right can remove some of the build up of tension that results in a puppy acting crazy at the end of the day.

Keeping the latter part of the day calm by not indulging in loud, physical or over-excited play times, and having your puppy take a quiet time in his crate away from the noise, bustle and activity of the family dinner hour can also help.

A slow, short walk around the neighborhood, or just hanging out in the back yard with the opportunity to sniff and wander is a great way to round off the day for Fido. 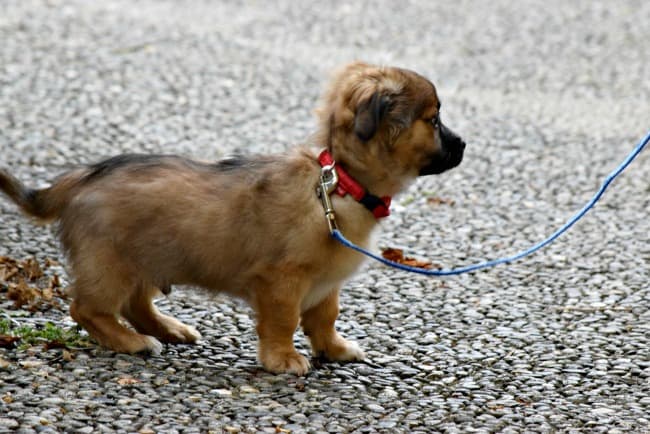 Puppies who don't get enough exercise are like coiled springs! Daily walks and play sessions in a safely fenced yard are important to his physical, and emotional wellbeing. Just remember to keep any vigorous play/walking to the earlier part of the day so you don't inadvertently wind up that little guy.

When it comes to exercise, it's not just physical exercise that's needed, mental exercise (aka stimulation) is also important. Short puppy training sessions with positive reinforcement and rewards for good behavior are a great way to get your puppy using his brain.

Several short sessions a day are much better than one long one. Adding formal training by attending a puppy class with a professional dog trainer is highly recommended.

Other things you can do to help give little Fido's brain a workout are to give him puzzle toys, interactive toys or play simple indoor games. with him. Being engaged with him as he uses these enriches the experience for him, and helps to strengthen your bond.

If you have children, encourage them not to excite or wind up the puppy when they get in from school. If you are all gone all day and Fido is home alone he's naturally going to be extremely happy and excited to see you. Allow him to show this but keep greetings low key and take him for a walk, or an outdoor sniff-and-explore session fairly soon after getting home.

If your puppy is alone all day, maybe consider getting a dog walker or pet sitter (or a local teen or family member) who can come in at lunchtime and take him for a walk/outdoors and give him some love, attention and play time. This will short circuit his boredom, use up some energy and little Fido will likely take a nap in the afternoon.

When he doesn't spend as much time alone your puppy's behavior could improve once you get home and throughout the evening.

Other ways to  help calm your puppy...

Other things that can help reduce the intensity of the puppy crazies, or help Fido to unwind faster, include:

Playing low calming music for him while he's in 'time-out'. Classical or 'elevator-type' music is good. Or there are relaxation CD's made specifically for dogs which are great.

Using a pheromone collar (worn continuously) and/or a pheromone diffuser in the room where he is crated, or spends most of his time (make sure it is up high and absolutely beyond his reach) or in his time out room. This is a totally safe & natural way to reduce your puppys' anxiety levels.

Once you understand what's causing your puppy's crazy behavior it's easier to handle it calmly and consistently, which makes it less of a problem.

Eventually this will just be another fond (or not so fond!) memory of Fidos' puppyhood. 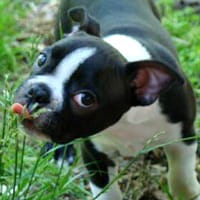 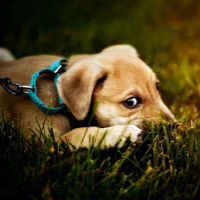 How To Train A Puppy 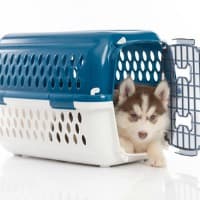