The dog training Come command (aka the 'Recall') is perhaps the most important obedience lesson of all.

But it can also be the most difficult one to teach!

Your puppy or dog needs to learn that when you say 'Come' he HAS to come, immediately.

He doesn't have the option of thinking about it, or refusing... if he thinks it's optional, you're in for a long, difficult ride!

There's one 'trick' to teaching your dog to come, and that is to make sure that you NEVER call your pup to come to you if you can't actually make him do it!

'Easy to say, not so easy to do' you might be thinking.

But it is fairly easy to do this, providing you pay attention and are very mindful when you're teaching the recall to your dog. 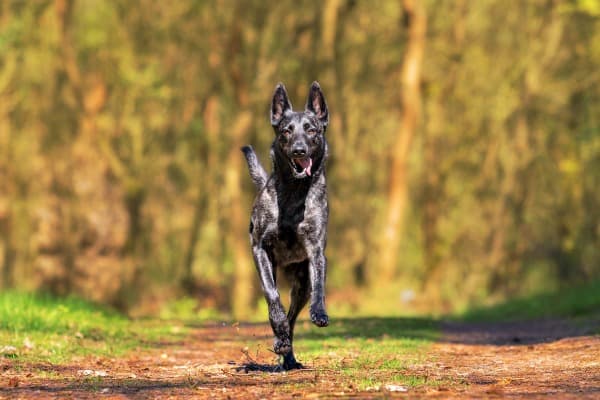 Never use the word 'come' unless you're set up for practice and Fido has no choice but to obey.

In all other situations go to him, go get him if necessary, rather than ineffectually calling 'Fido come' and allowing him to ignore you.

This will prevent him from getting 'deaf' to the word 'Come' because he's heard it a million times before he has any real idea of what it means!

Teaching Your Dog To 'Come'

You'll need a quiet, safe area to practice teaching the recall. You don't want a ton of distractions because you need 100% of Fido's attention.

Here's how to teach the dog training come command in 4 easy steps.....

You're going to need is a long dog training leash, a dog training tether cord or even a length of lightweight nylon rope.

Attach this firmly to Fido's collar and then either go outdoors or into a room where there's plenty of space for him to roam around.

If you're outdoors give him a minute or two to potty or explore, then while he's busy sniffing around call his name.

When he looks up crouch down, open your arms and say 'Fido come' in a happy voice... holding out a tasty treat can help focus his attention.

If he doesn't start moving towards you, or worse ignores you or walks away, repeat the command and give a gentle tug on the leash/rope to reinforce your point.

When your dog looks up to see why you're tugging on his collar, clap your hands, wave a treat... do whatever you can think of to encourage him to come to you.

When Fido gets to you, give him his treat right away and tell him 'good come'.

Make him think he's the best dog in the world.

Advanced Work On The Come Command

So far you've just been praising your pup/dog and giving him a treat when he reaches you, but ultimately the aim is to have him come, then sit down quietly beside you.

This is pretty straightforward to teach because all you need to do when your pup reaches you is to gently take hold of his collar and tell him to 'sit' (helping him to do it if necessary) in front of you.

Then give him his treat and praise.

Dogs are creatures of habit and once they learn something by practicing it over and over, it's hardwired into their brains!

Soon, he will automatically sit down when he reaches you, but always take hold of his collar before you give him your treat.

This way he won't get into the bad habit of getting his treat and then ducking out of reach and running off again. 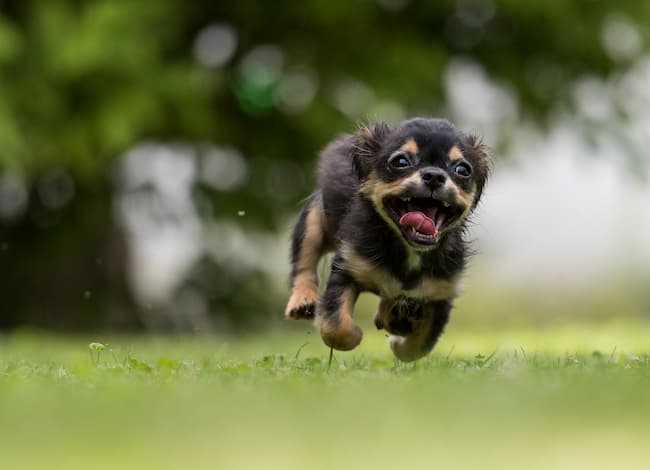 If you take Fido to formal dog obedience classes he will likely need to learn to come around behind you and sit neatly against your left leg (in the 'heel' position) once he's obeyed the recall command.

But for beginners, having him sit in front of you is fine.

In dog obedience training, the recall is one command that you'll need to practice over and over (and over) again, but it's totally worth the time and effort.

It's also one that often takes time to be learned and obeyed regularly.... probably because most of the time, Fido would prefer to be off doing something more exciting than sitting by you!

But always keep Fido on the leash or training cord because you don't want him to have the option of ignoring you (and consequently not coming), plus of course it's not safe for him to be off-leash out in the open and in public.

Your goal is to have your pup or dog come to you, without hesitation, every time you call him, no matter where you/he is or what's going on around him. 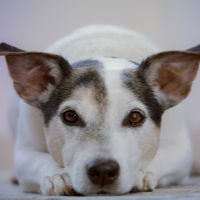 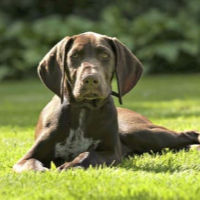 
FYI: If you buy something through a link on this site I may earn a commission - at NO extra cost to you.